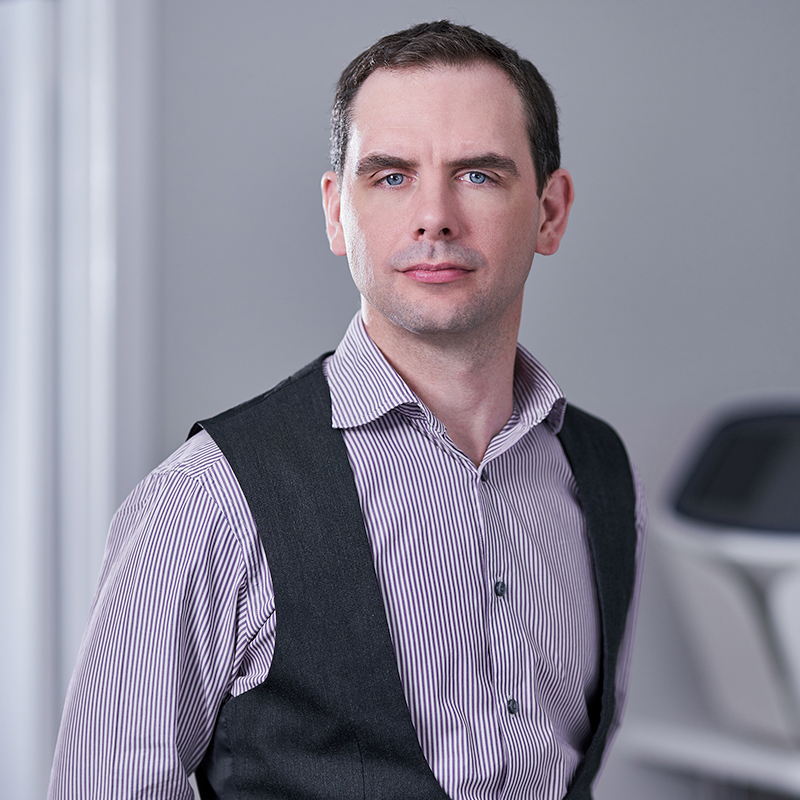 National Organ Donation Week takes place from 2nd-6th September in the UK. To mark the occasion, Jim Stevens, VH Bio’s molecular biology field application specialist, talks about his experiences as a transplant recipient. This is part one of a two-part blog: in this section, Jim talks about his diagnosis, the lifestyle changes that brought about, and how he went about looking for a possible donor.

“When I was 18 and applying for university places I saw a job offer for a technical-scientific role with AstraZeneca, which I applied for as a backup plan in case I didn’t get my grades. At the time they offered to sponsor me through university and so I accepted the job. Part of the enrolment process involved a medical and dipstick test into a urine sample which detected some blood and, as such, I was advised to follow up on it.

“Being young and playing a lot of rugby at the time I didn’t think much of it, but with further follow-up tests, the blood results from the dipstick test persisted. Feeling in good health I was certain that there was nothing seriously wrong and carried on happily with my life; working in the AstraZeneca molecular biology laboratories, going to university, playing rugby and enjoying myself.

“After a biopsy of the kidney when I was about twenty, I was finally diagnosed with IgA Nephropathy, also known as Berger’s disease. Many people have this disease but never know as it can stay largely benign. IgA Nephropathy is a kidney disease that occurs when an antibody called immunoglobulin A (IgA) builds up in your kidneys. This results in local inflammation that, over time, can hamper your kidneys’ ability to filter waste from your blood. For around ten years I was monitored at regular clinics with not much to worry about. There is no cure for IgA Nephropathy but certain medications can help slow the disease. Your kidneys have a large role in regulating blood pressure and high blood pressure can worsen the condition. As a result, I was prescribed anti-hypertension drugs.

“Around the age of twenty-seven, my condition began to worsen, and my kidney function began to drop off, not that you could really notice. What I did notice, however, was my ability to exercise became very difficult. My rugby performances were suffering and although I was still sporting a black eye more often than not, I was finding running difficult.

“When I was twenty-five/six I could manage a 10K in around 45 minutes but by the time I was twenty-eight, it was getting closer to an hour. This was in spite of a healthier lifestyle; fewer pints, increased broccoli and running more frequently.

“The increased difficulty when exercising was due to anaemia, caused by kidney damage.  The kidneys produce a hormone call erythropoietin EPO, which tells the body to produce red blood cells, this is the hormone that Lance Armstrong used to cheat in the Tour-de-France;  my blood levels at the time were around 10.5 g/dl – they were previously 14.5 g/dl. I think Lance Armstrong got his to about 19.0, which is very dangerous because in your sleep your blood becomes so thick your heart can no longer pump it around your body, resulting in death!

“By 29 I had retired from rugby and, in actual fact, pretty much all forms of exercise. My medication had spiralled and I was on a heavy dose of steroids.  Unfortunately, and despite the initial excitement from my rugby team, the steroids did not make my body resemble that of an American Wrestler but instead gave me a condition called moon-face, where you get massive cheeks and a chin.  The Steroids, in conjunction with an increased dose and quantity of hypertensives, meant that I managed to retain what little kidney function I had left for several years.

Warning: steroids may increase your appetite!

“One bonus side-effect of the steroids is that you get a bigger appetite; meaning one Christmas I proudly ate a huge Christmas dinner and boasted that it was so good I could do it again, a challenge my brothers-in-law didn’t believe. Given my competitive nature, this saw me duly rise to the challenge and eat a second, larger meal, plus puddings. Having weighed myself both pre-and-post Christmas dinner consumption I managed to pile away 3lbs of food in one sitting, which did leave me feeling rather uncomfortable. I’d like to add, however, that this saw me eat no food whatsoever on Boxing Day and in fact I still had indigestion the day after. This is not something I recommend – with or without kidney disease.

“During these years, I had met the love of my life, Catherine, married her and we had our first child when I was 31.  I was visiting clinic much more regularly and my medication/kidney function was being closely monitored.  I was also given EPO injections, but not enough to raise my red blood cell count to a level I could play competitive sport as this would have had an adverse effect on my blood pressure.

“At this stage I was still fairly confident that I wouldn’t need a transplant or dialysis and would just continue on the medication as I had responded well to the steroids. When I was about 32 however, it became clear that at some point in the near future my kidneys were going to fail. I had been incredibly lucky and had several offers of a kidney donation from friends, family and loved ones. I didn’t ask nor encourage anybody, I just simply pointed them in the direction of the phone number to find out more.

“Although I was still working at AstraZeneca at the time, the company had decided to relocate their R&D to Cambridgeshire and I was facing redundancy. During my time at AZ I had managed to work in several laboratories and build up numerous molecular biology skills, which essentially means different techniques for amplifying and analysing DNA, but had fulfilled my desire to continue with lab work and thus was looking for a different but related scientific role.

“At the beginning of 2013 discussions about dialysis with my clinic were in full flow and I was considering the different options.  My sister, brother, wife and father were all tissue-typed with me as the process of finding a potential match began. Unusually, they all matched me very well.

“Ideally in a case such as mine, i.e. with a living donor, you would perform the transplant before going on dialysis as this much better for the patient. This was very much the path I was expecting at the time.”

Part two of Jim’s fascinating story will be coming to this blog soon – watch this space or follow us on social media for alerts. VH Bio stocks a wide range of transplant diagnostic products which you can see here.

Click here for more information about Organ Donation in the UK. A sponsored walk is taking place in London to mark Organ Donation Week 2019. You can find out more about it here.