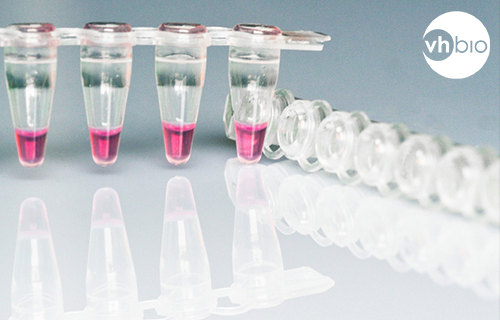 Polymerase chain reaction (PCR) is a technique used widely in molecular biology applications as a method capable of amplifying a single DNA molecule to generate millions of copies of a specific target region of the DNA.

Since its inception in 1983, PCR has become increasingly widespread and is now virtually indispensable, allowing analysis of DNA samples in cases where only tiny amounts of DNA were present in the original sample.

However, with a variety of techniques, applications and reagents available, it’s critical to know which approach is correct to achieve the desired outcome and results.

Endpoint PCR is the ‘standard’ method of PCR, and is commonly used for applications such as genotyping and cloning. It is limited when it comes to quantitation, though, in which case Quantitative PCR (qPCR) is typically used.

Successful PCR reactions are dependent on five key ingredients – these are template DNA, PCR primers, Nucleotides (dNTPs), DNA polymerase and reaction buffer. Our focus for this blog post will be on DNA Polymerase.

However, these five properties can vary between classes of DNA polymerase, and different classes can be useful for different applications, including:

Standard TAQ DNA Polymerases. These enzymes are typically suitable for use in routine Endpoint PCR applications where qualitative detection of a specific target region is required. This class of DNA polymerase enzyme encompasses flexible and commonly-used thermostable polymerases which can operate at a broad range of temperatures and amplify a single DNA target that is typically ≤ 5kb in size having a GC content between 40% – 60%.

Hot-Start DNA Polymerases. Nonspecific binding of the target region of DNA is a considerable issue in PCR since it can drastically impact yield and sensitivity of the amplified product. Even at room temperature, DNA polymerases are highly active and are prone to extension of mis-primed targets which can result in non-specific amplification. Setting the PCR up on ice helps to keep the activity of the DNA polymerase low, however “hot-start” polymerase enzymes were developed and are specifically used to provide increased product yields by preventing nonspecific primer binding during the reaction setup.

Hot-Start DNA polymerases allow for convenient room temperature setup and are the best choice of enzyme for applications such as multiplex PCR and Low-Copy PCR.

High Fidelity DNA Polymerases. DNA polymerases in this class possess proofreading capabilities and are able to “recognise” mis-incorporation of nucleotide bases, therefore minimising the introduction of amplification errors. The higher the fidelity of the polymerase, the more accurate the final/amplified DNA sequence.

High fidelity DNA polymerases are particularly useful for applications such as cloning/subcloning and DNA sequencing/Next Generation Sequencing where accuracy is paramount.

VHBio stocks and distributes a range of PCR and qPCR reagents, plastics and accessories.