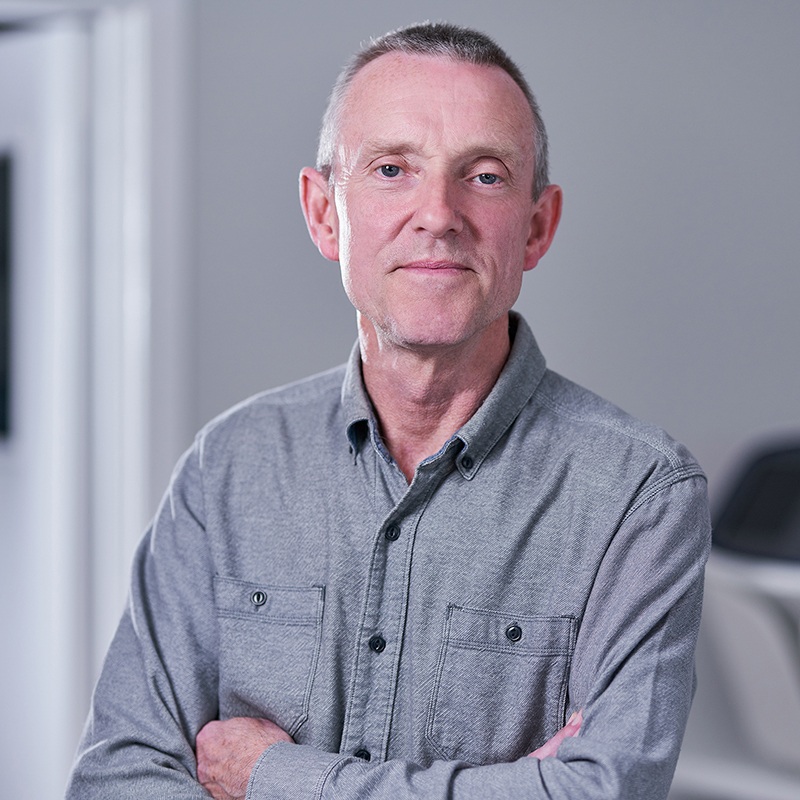 Our latest Q&A is with VH Bio’s Warehouse Manager, Pete Ridley! Learn about his role at VH Bio, his background and his worldview:

Describe what your job entails.
The day-to-day organisation of the VHB warehouse, goods in and despatch, as well as buildings maintenance and health and safety.

What is your career and/or education background?
I previously did 15 years in engineering with Vickers Armstrong, before turning to Distribution and warehousing with M&S prior to joining VHB.

What is your favourite part of the job?

Working with the VHB team, we really are one big happy family.

In your opinion, what is the greatest advancement in the history of science?
The discovery of penicillin in 1928, grown from mould and fungi, as without it today lots of infections would be deadly.

When you were younger, what did you want to be when you grew up?
I was brilliant at school at technical drawing (so I was told) so would have liked to have become an architect. In fact, I still have all my drawings from 1974!

What do you enjoy doing in your spare time?
Anything family orientated. Getting out and about, DIY and gardening. Basically, I would rather do things myself if possible!

If you could be any animal, what you be and why?
Any bird of prey, so I could just fly off to anywhere I was comfortable with and capable of fending for myself.

What was the first car you owned?
A 1971 Ford Cortina MK3 2litre GXL which had a vinyl roof. I thought I was the bee’s knees but sold it within 6 months as it had various mechanical issues.

June to August time of year; get up early, alfresco breakfast then possibly a bit of light gardening before a walk into town where we live to enjoy a relaxed lunch, followed by a walk along the river and a stroll back later on in the summer evening sun.

If you were king or queen for a day, what one law would you change or introduce?

I’d introduce a law whereby all citizens basically had the same amount of money to stop greed and animosity.

If you had to eat one meal, every day for the rest of your life, what would it be?

I could probably eat pizza every day, as long as I could choose the toppings.

If you were stuck on an island what three things would you bring?

A Swiss Army Knife, toothbrush and a watch – I’m obsessed with always knowing the time of day and how long something will take to do, or how long it will take to get somewhere.

What is the first concert you attended?

David Bowie – City Hall – Newcastle about 1975. It was during his ALADDIN SANE era with the face painting.

5 famous people – dead or alive – that you would invite to a dinner party?

Al Pacino – to talk about all his movie roles and experiences.

Rowan Atkinson – for the humour and face contortions.

Jairzinho – Brazilian footballer from the 1970 world cup winning team – for the tricks with a ball.

Finally, George.W.Bush (American president) to explain how 911 was allowed to happen, the world has never been the same since.

At VH Bio we remain wholeheartedly dedicated to continuing to serve as your reliable and trusted supply partner, to allow you to focus on the essential work you do.

Both VH Bio and our supply partners continue to be fully operational during the COVID-19 outbreak. We are in regular contact with our suppliers worldwide to ensure continued product availability and as this global situation evolves, we will take all steps necessary to continue providing our customers with high-quality products, information and support.